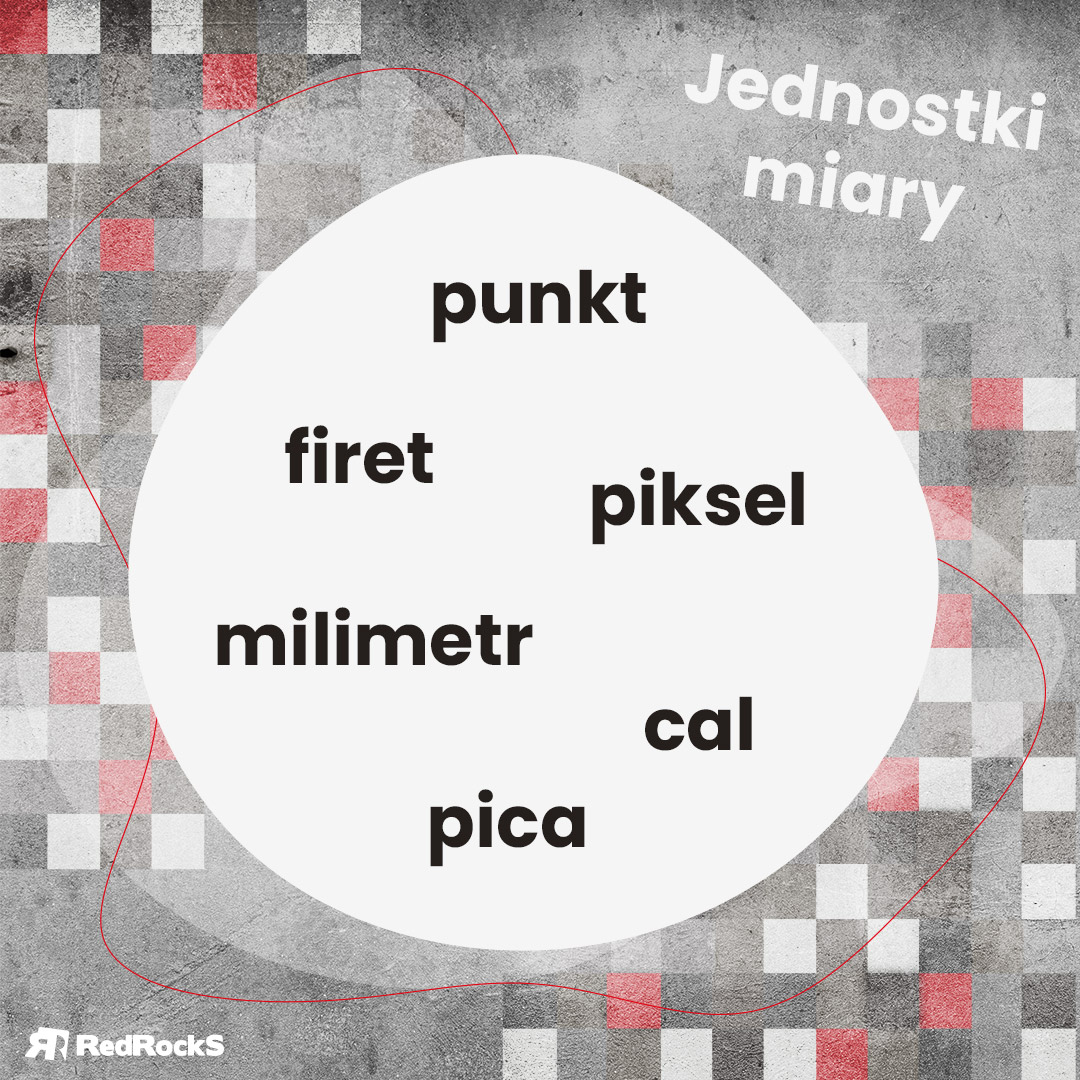 How many pixels is a centimeter?

What are digital measurement units? What do they mean? How to convert them? We will try to answer these seemingly difficult questions in a simple way.

To start with, digital units of measurement are relative – they mean different lengths depending on various factors. Such factors can be, for example, the resolution, the set parameters or the dimensions of the element.

Types of digital units of measurement

The digital units of measurement are:

The point is often used to express the degree of handwriting, or colloquially speaking, „font size”. It is a unit derived from an inch, it expresses the length exactly 72 times smaller. Another derivative of an inch that you may come across in design is the pica, which is ⅙ of an inch, or 12 points. Pica is a relative unit that depends on the resolution. The resolution we are talking about in this case is the raster resolution. We clarify it, because it is not about the screen resolution expressed in lines (e.g. 720p) or pixels (e.g. 1920×1200), nor about the print resolution, which is also expressed in ppi or dpi.

Another digital unit of measurement related to design is firet. You’ve probably never heard of him, he’s a smart little guy who hides in advanced typography. It is not less, not more, exactly the same as the set degree of writing. 1 firet has, for example, a pause or an em space. At 72 points, the pause will be 1 inch.

Percentage derivatives are vh (view height) and vw (view width) units. 1 vh is 1% of the height of the screen, and 1 vw is 1% of its width.

So after all, how many pixels is a centimeter?

To answer the first question: a centimeter will have a different number of pixels depending on the resolution 🙂 The standard resolution is 72 ppi, so 72 pixels are 1 inch, or 2.54 cm. So the calculations show that one centimeter is usually just over 28 pixels.

We use cookies on our website to give you the most relevant experience by remembering your preferences and repeat visits. By clicking “Accept All”, you consent to the use of ALL the cookies. However, you may visit "Cookie Settings" to provide a controlled consent.
Cookie SettingsAccept All
Manage consent